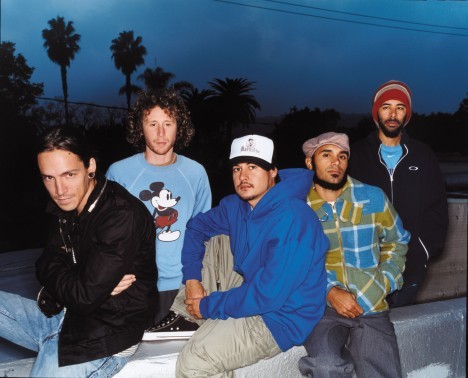 Success is a devilish opiate. A swift and heady drink that goes down smooth at first, and then starts to burn your throat and rattle your bones. Only to leave crater sized holes in your constitution the next day. We all love a good success story, don’t we? But interestingly, what usually makes it ‘good’ are not the ‘good’ things about the story. No. It’s the bad things that perk our ears up. It’s the tragedy inherent in the struggle that keeps us tuned in. I am in a band called Incubus. We are all about the same age; and we started our band in 1991. Our story is not unlike other success stories. It has its peaks and valleys, its struggles, its triumphs, its highest highs and lowest lows. But it’s not the bad parts of our unfolding story that have intrigued people over all of these years. To tell you the truth, I am not sure exactly what has kept people interested in us this long. I’d like to think it’s the music we make and ultimately share. I’d like to think it’s because we have struck chords with people at very specific times in their lives and that when they hear certain songs they are harkened back to the not so distant past wherein life changing events and turns in their own stories coincided with lyrics and rhythms. Sounds meandering into symmetry with an individual’s psyche like that rare moment when your body and your shadow line up on a wall. If the music has been the true catalyst for our (once again) unfolding success story, than I’d say we were right on track. Perhaps we are wanderers who have tasted the drug, smiled and mused at the kaleidoscope it wrought, then woke the next day, shook it off and kept truckin’.

Still mildly hungover from our night on the town, we decided that it was hi-time we wrote another record. It had been five years since the release of ‘Light Grenades’, our last full length offering, and we were feeling a collective itch to chase that dragon once again.

By about three songs into the writing process, I think we began to understand that we were unearthing something new. And excitedly, we began chasing that new rabbit as far down, around and into the wormhole as it led us. At a certain point amongst all of this creative wandering we began to understand quite clearly that certain creative mantras were reemerging. Both consciously and unconsciously. Words like, ‘economy’, ‘elegance’, ’space’, and ‘restraint’ kept creeping back into our many conversations. Words we had toyed with in the past, but never so deliberately and never so confidently. Sprinkle into this caldron a dash of whimsy and a pinch of psychedelia, let it stew in the recording studio for a couple of months and you get this: ‘If Not Now, When?’ Our unabashed, romantic, lush, sonic love letter to the world. It’s darker, slower, more rich, more refined, and more involved than anything Incubus has birthed to date. And I am so happy to share it with all of you. This entire time, Incubus has essentially been searching for a sense of balance between all of the possibilities inherent in crafting a song. I do believe that for many years now we have been searching for something different. Something unique, both to the world and to us as a band. We decided that ‘If Not Now, When?’ our 6th full length studio album would be just that.

In the title track, we set the tone of the album. A stirring in the water somewhere, a long time ago, sends ripples outward. Beautifully. Symmetrically, and relentlessly pulsing out, out, out. They travel countless miles and eventually arrive at shallow waters. Then the triumphant finale. The breaking wave, after gaining thousands of miles of momentum, arcs forward into the future; the wave is about to break. If not now, when? A unique event in space and time. Never to be repeated ever again. Now. Now. Now.

Our first single, ‘Adolescents’ is perhaps the most familiar sounding Incubus song on this new album. It begins with Michael’s unmistakable and inimitable guitar work and rolls its way into a kind of drunken waltz. Creeping its way into the idea that we are collectively just about to reach our cultural teenage years. It does seem like we’ve been around forever. Us, I mean. People. Culture. But all it takes is a sojourn into Earth’s biological record to realize that WE are quite new! And the transitions at play in our complex little game are akin to the struggles that an adolescent might endure.

‘Promises, Promises’ is our homage to the pop songs of yester-morrow. Referencing the deservedly ubiquitous artists of our parents’ generation, we are here attempting to craft an artisan’s clock. A piece that ticks effortlessly on the strength of its good design, its beauty and its simplicity. Herein a young girl, after so many failed attempts at love, has resigned herself to a “road of least resistance”. Armoring herself against the pain of intimacy by only engaging in surface affairs. Only to meet someone who she CAN trust with her most valued of possessions, her heart. But she can barely recognize what the real thing looks like after so much time running away from it.

‘Friends and Lovers’ is a song that I always hoped we would write. I do believe it is my most favorite thus far. It speaks to the heart of many of our culturally held biases about relationships and what love looks like. It combats the long held notions of love and intimacy and plainly states that Friends make the best Lovers. And that love can in fact be born of friendship and can indeed last outside of our pre-prescribed notions of what it looks like, feels like and how it endures. Movies and Religion have largely defined our cultural notions of this most important of topics. And in this song it was my attempt to share a different idea of what modern love might look like.

‘Tomorrow’s Food’ was written about two years ago. Making it the first song penned for this album. Here Michael shows us once again how deep his musical well runs. A vibrant, sonic quilt is wrapped around us and we are lulled by its choices and its warmth. Lyrically I am specifically referencing Philosopher Ken Wilbur’s quote from ‘A Brief History Of Everything’, “No epoch is finally privileged. We are all tomorrow’s food. The process continues. And spirit is found in the process itself, not in any particular epoch, or time, or place.” No one had ever put so succinctly and eloquently into words how I felt about growing up. About reaching my mid-thirties. After reading this quote, and witnessing the vast push and pull at play between the old and the new, the young and the not so young, I saw the inherent beauty and wisdom in the process of it all. And consequently, wrote a song about it. It is in this reporter’s opinion that we are in the midst of a massive shift. Culturally, ethically, artistically, technologically, intellectually, philosophically and spiritually. Almost of the “-ally’s”. This shift has occurred before; with different details and end results of course. And this shift will happen again. Absolutely. The new thing at play is our awareness of this shift. The awareness that there is never an ‘end of the world’. Only the process and the choice to witness and to participate. What may feel like the end of the world is that humbling moment when you realize that a new set of ideas has usurped your generation’s ideas. Confused and confounded by the “way things are going” you can’t help but think it’s all going to s***, and that you have to fight to defend what you’ve built. But in actuality what is occurring is a necessary evolution. A handing over of the collective baton. If not now, when?

When we recorded and released our first album ‘S.C.I.E.N.C.E.’, we were but wee lads overflowing with enthusiasm and energy. We’d never really toured, we’d never had an audience other than our family and friends. We ended up touring around America and Europe quite relentlessly for over two years in search of… rock and roll? By the time we sputtered, coughed and crawled our way home we were exhausted. But strangely inspired. We began writing songs for what became our sophomore effort, ‘Make Yourself’. An album that when finished, evoked a kind of head scratching reaction out of us. Being that we had unintentionally helped define a new sub-genre of music with the previous one. It seemed almost counterintuitive that we had just written a rock and roll album filled with melody, restraint, thoughtfulness (both musically and lyrically), and God forbid…singles! (If this narrative had moving imagery attached, I would place a quick edit to Godzilla tearing apart a city somewhere. People running frantically in all directions and a few brave souls here and there pointing up at the fiendish, pre-historic creature from the deep.) Make Yourself was met with trepidation by our newfound listeners. We had flipped the switch on them. Pulled the old switcheroo. We even got nervous at certain points that perhaps we had made a mistake in trusting those instincts to keep moving in this more ’song’ oriented direction. But a few months after its release, things began slowly arcing towards success. And I stress, slowly. Slowly but surely. In the end, our creative instincts had pointed us in the right direction. It was a meandering compass, but a good one.

If Not Now, When? is the coalescing of this slow arc. The wave that has been traveling so long, about to break. A force that is capable of both beauty and destruction, but is most noteworthy because of it’s uniqueness as an event that will never occur again. Waves have broken before it, waves will break afterwards, but each one is an individual canvas. This one is ours. Yours and mine.

So, if success is a drug, then Incubus is a functioning addict. I know how trite it sounds to be commenting on our own success but I see our addiction as a collective one. You have enabled us thus far and what we are creating in the process will be worthy of conversation for a long time to come. When I say ‘WE’ I mean you and I. All of us. This is, after all, a conversation that started in the early 90’s and has continued until today. A stroll along a winding path through many landscapes and over much terrain. Yes, our bones ache, our dogs are barkin’, our shoes have holes in them, and we don’t look as good with our shirts off anymore. But that doesn’t mean we won’t keep walking! And conversing along the way. I’d like to start thinking of success less as an opiate and more of a segue into the good parts of a conversation.

See you soon, girls and boys. We love making music and we feel blessed and grateful to have your attentions today and hopefully tomorrow!

View all posts by pabloacuna 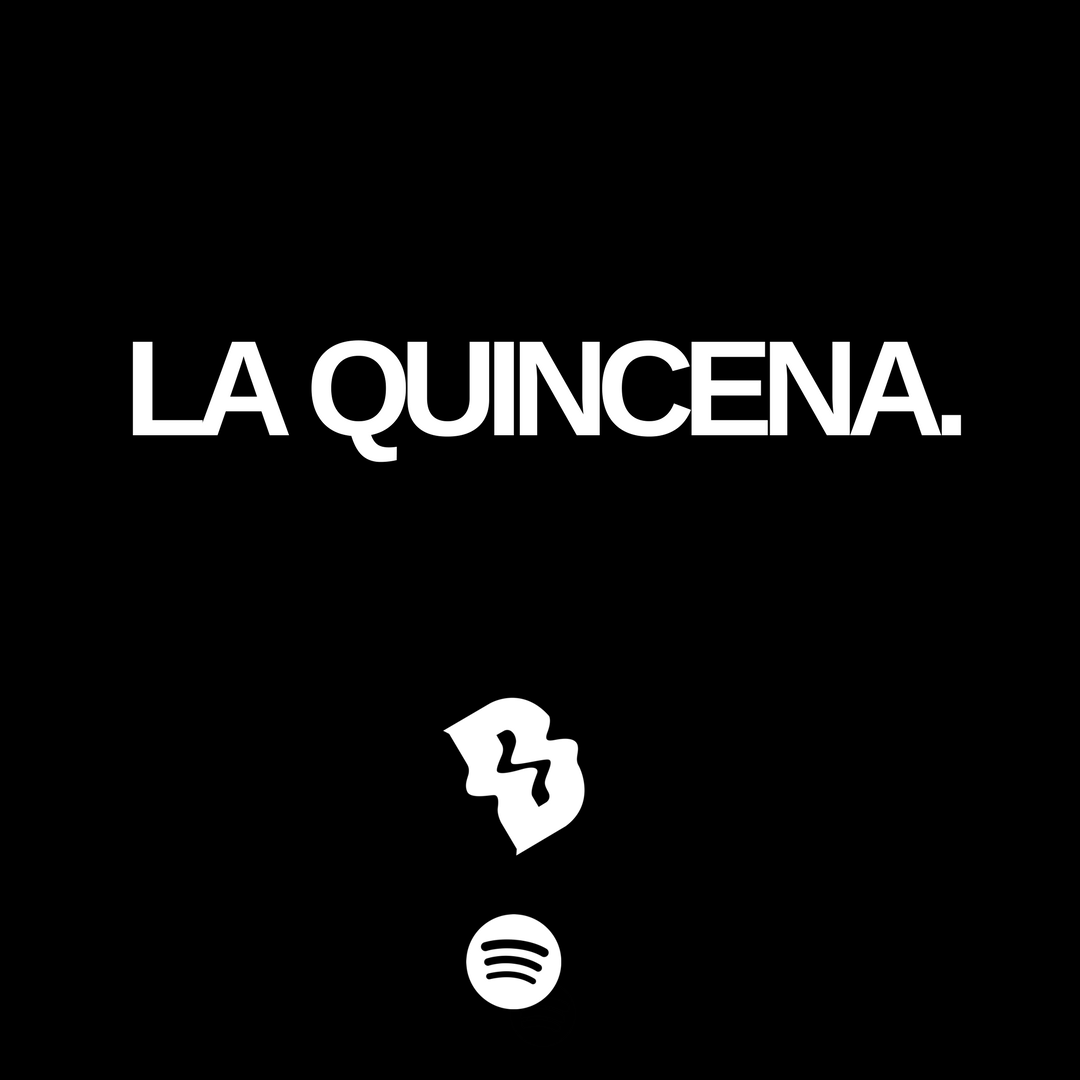